Andrew and I just got back from Hawaii (yes, be jealous because it was awesome!).  It was a much needed vacation for both of us.  Usually, at the end of our trips, both of us are at the point where we are "ready" to come home.  Ready to return to our insanely comfortable bed, ready to snuggle with our puppy again, and ready to return to the normalcy of life.  This trip, however, both of us were saying that we would have liked to stay another day or two.

Some highlights of the trip:

Our first stop was Honolulu - we stayed right on Waikiki.  We were upgraded to a suite on the top (31st) floor of the hotel which was pretty cool.  Except for the fact that it was quite windy in Oahu and we could hear it almost all the time and couldn't enjoy the balcony. 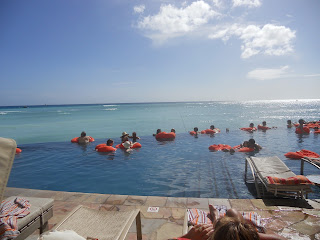 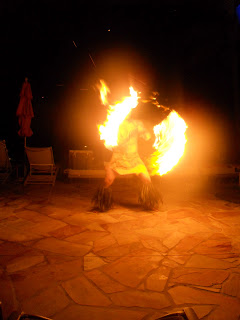 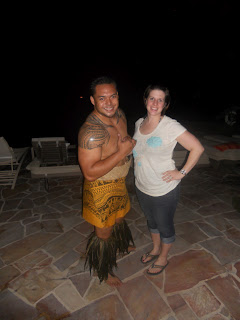 So, one thing about Waikiki (for those who haven't visited) is that it is so crowded!  There are people everywhere (including a large Japanese population).  Our hotel had very little actuall beach front and any beach that was available had a ton of people.

We purposely made Honolulu our "tourist" spot so we planned a couple of tours.  The first was Pearl Harbor - very educational and very moving. 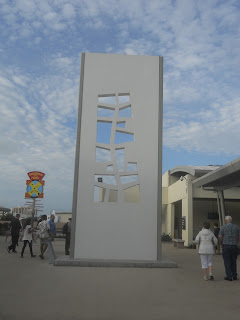 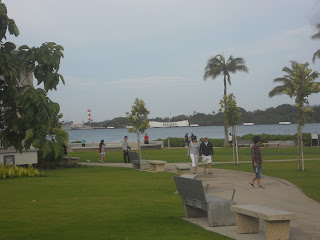 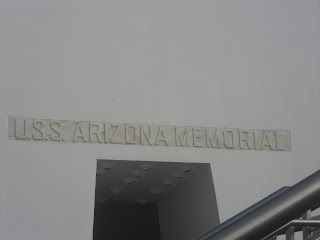 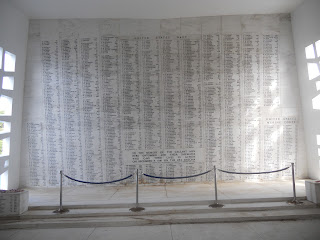 We also got to tour the USS Missouri which is where the Japanese surrendered to the US in WW II. 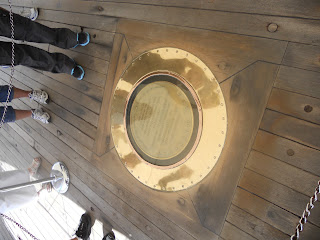 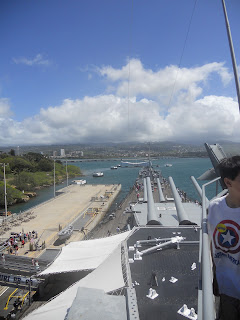 The second day we took a tour of the Dole Pineapple Plantation and the North Shore.  If I ever go back to Oahu I would definitely stay on the North Shore - much more mellow and way cooler beaches. 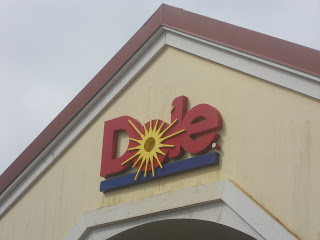 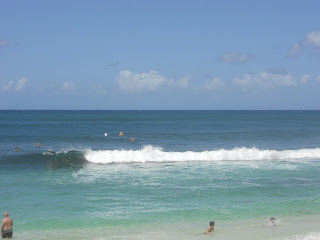 The highlight of Oahu was eating at Iron Chef Morimoto's restaurant.  We would have never known about this place if we hadn't seen the Iron Chef American tailgate battle between Michael Symon and Morimoto that took place in Hawaii before the Pro Bowl.  The night we watched that episode we went online and made reservations.  While we were waiting for our table we actually saw Chef Morimoto himself!  It was so cool - he was in the kitchen that night so may have cooked some of our food.

Andrew and I joke that we have become food snobs now.  We have gotten a chance to eat at several high end restaurants over the last couple of years where the food and service are so exceptional that average restaurants just seem boring and predictable.  Morimoto's restaurant did not help.  In addition, we saw Dog the Bounty Hunter eating there too! 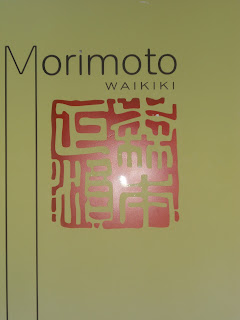 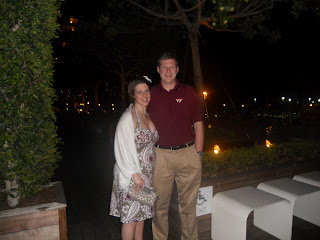 And then we were off to Maui.  Ahhh Maui.  If we would have won $640 million in the lottery this weekend I would have bought a house on the Maui coast.  Maui is definitely more my style of vacation spot.  The main thing we noticed was that it was much less crowded.  We barely saw anyone as we made our way to our room.  There was a beach right in front of our hotel that had people on it during the day but was not overly crowded.

Perhaps my favorite part of Maui was the snorkeling.  I never thought I would say that.  See, the Watson clan is known for their fear dislike of water and water related activities.  I have never had a near drowning experience and am happy to swim in pools (though could never dive) but larger bodies of water with unknown creatures where my feet can't hit the bottom scares the crap out of me.  We rented snorkel gear to just go around the small reef at our hotel.  I was surprised that I actually liked it so we signed up for a tour the next day.  It was so much fun.  First, they played 80s music which rocked.  The staff on the boat was very chill.  We saw whales and turtles on the way, snorkeled for an hour or so and saw tons of cool fish, and on the way back saw more whales and a pod of dolphins.  Other than getting a little chilly in the water, it was a lot of fun.  I was still afraid of the turtles when they swam towards me. 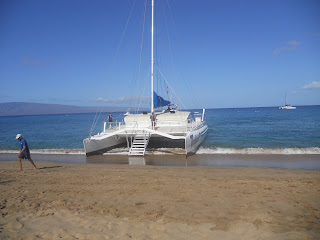 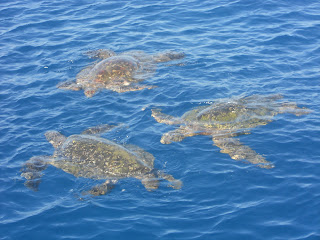 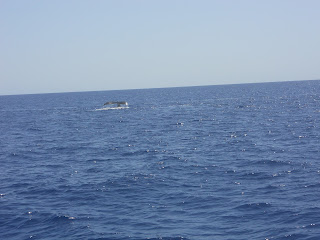 I was sad to leave Hawaii and come back to the depressing rain of Seattle.  Usually I hit a post vacation funk now that the excitement and anticipation of a trip is done, but I have so much to look forward to with my pregnancy and what's to come this summer and fall.  Baby H is doing well - our 16 week appointment is next week so I will be sure to give you all an update.
Sorry for the long post! Thanks for sticking with it!
Posted by Sarah @ For the Hall of it at 4:09 PM