Well, we had our first full on growth spurt this week.  I'm sure that he's gone through them before (the kid is growing like a weed!) but I never had the "have to eat every 2 hours and super fussy" to this point.

Then we had a Tuesday.  Every 2 hours, almost on the dot, Sawyer would full on scream his little lungs out.  At first I tried changing his diaper, rocking, swaying, dancing, making faces, and every other thing I could think of until I would feed him.  After the 3rd cycle of this I figured out that he just wanted to eat.  And eat.  And eat some more.  But he would go from happy and smiling to full on screaming in the snap of a finger.  Fortunately, the two hour feeds didn't persist into the night - he slept his normal 3-4 hour stretches.

Along with the growth spurt came a lot of poop.  Seriously it was poop-a-palooza.  At our parent baby class, he had 3 poop filled diapers in 2 hours.  I've never seen so many poop filled diapers from this little boy.  This also meant multiple outfit changes.  Size 1 diapers are starting to get a little snug and don't hold it all.  Its a good thing we are moving up to size 2s! 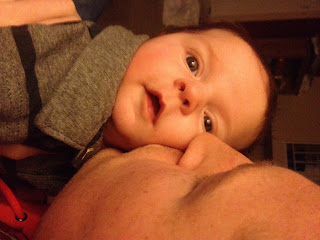 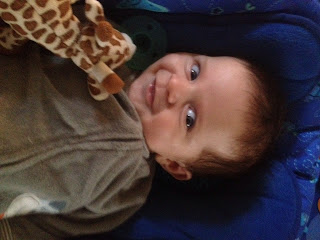 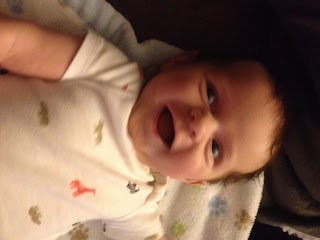