Hash it out with #Hashtags

Hi friends!  Welcome to another edition of Hash it out with #Hashtags (still working on the button) as well as an iphone photo dump - because I know you all want to see cute pictures of my kiddo.

- I'm totally addicted to the Candy Crush game.  That game is so sneaky.  You get addicted, then its either ask your Facebook friends to help you or spend a mere 99 cents to get to the next level.  Before you know it, you've spent 6 or 7 bucks on a stupid game.  Only to realize later that a whole bunch of your friends are actually playing it and will totally give you free lives.  I'm totally stuck on level 97.  #Appleisevil

- Sawyer is teething and growing at the same time which means up every couple hours at night.  Its like when he was a newborn except I have to get up and go to work and/or care for a much more alert infant on minimal sleep.  #teethingmaybethedeathofme 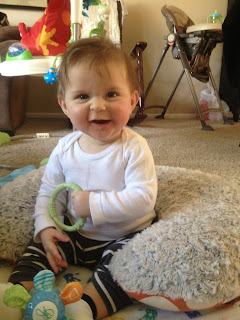 - Due to lack of sleep, I have gotten very angry at my husband several times for no good reason.  #wifefail

- Sawyer is in desperate need of a haircut.  Reminds me of Chandler hair in the Friends Episode "The One with all the Thanksgivings"  #FlockofSeagullshair 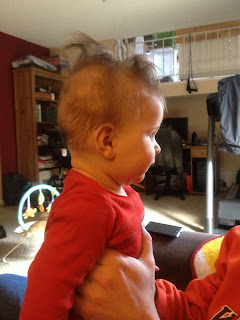 -I rarely eat fast food but we drove through Wendy's the other day and got a spicy chicken asiago sandwich.  It was delicious and I've since gotten in 4 (!) more times since then. Note - I did get a side salad with my combo instead of fries.  #damnyouDaveThomas

-We are flying to Virginia tomorrow.  Praying that Sawyer isn't Mr. Cranky pants on the flight.  #don'twannabeTHATmom

-Andrew and I celebrate our 3 year anniversary tomorrow.  I can't believe its already been three years.  He's a great husband and father.  #blessedbeyondallmeasure 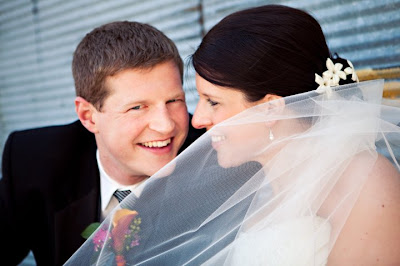