Sawyer is 8 months old!  Holy Cow!  After looking back at his 7 month pictures I feel like he's changed a lot over the last month.  His hair is pretty much out of control but its so darn cute.  He is becoming a mover these days and doesn't sit still for long anymore.  And what a little ham.  He continues to bring so much joy and happiness to our lives. 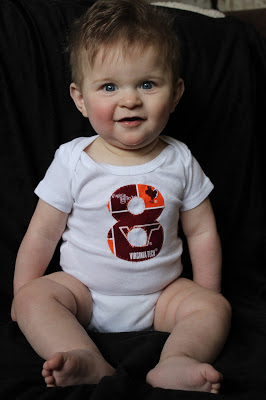 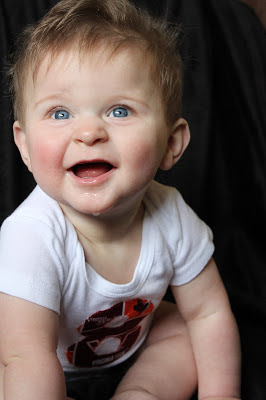 Size
According to our scale at home, Sawyer weighs about 21 lbs.  I didn't measure his length but he is about to outgrow his 9 month pajamas in length soon so I'm sure he's growing.  He's in 9 and 12 month clothes and size 4 diapers.  He's well proportioned and solid.  We've transitioned to the permanent car seat which means that I no longer have to carry him in and out in the infant car seat which was getting quite difficult. 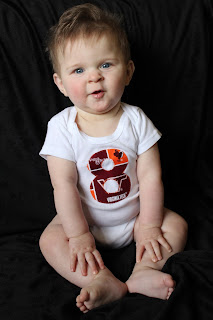 Developmental Milestones
We are so close to crawling.  Just in the past week he's started rolling over consecutively to move across the room.  He gets up on his hands and knees and rocks but can't quite figure out how to move yet which leads to some frustration. 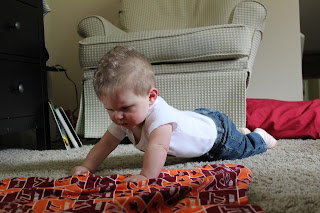 His dexterity is improving and he almost has the pincer grasp down when it comes to self feeding.  He's much more accurate getting food into his mouth.  He's now learned how to shake rattles so they make noise and is working on clapping.  He likes it when mommy claps and can move my hands to make them clap but hasn't quite learned to do it on his own.


Eating
Sawyer loves most every food we've given him.  He's mostly eating purees but also eats cereal (puffs or Cheerios) and arrowroot cookies and rice crackers.  We've also started to give him food off our plates when we are all eating together and he does pretty well.  His really likes green beans as well as yogurt.  He's not a huge fan of avocado but I think it was a texture issue.  He really likes to feed himself crackers and cereal.  Some meals are messier than others and a bath is definitely needed.  He nurses or takes milk from a bottle 5 times a day and eats solids 2 times a day. 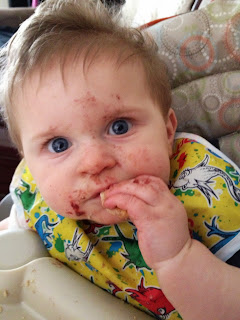 Sleeping
Its not perfect but it is SO MUCH better!  We've really focused on a schedule the last month which I think is helping.  We had a few days of sleeping through the night or some minor fussing  and then he hit a growth spurt and wanted to eat again.  We've been having Andrew take the middle of the night feedings to make him aware that he doesn't always get Mommy.  It means that we are all up in the middle of the night since it takes Andrew about an hour to feed him and put him back down (vs the 20 minutes that it would take me).  We are going to start giving him water next week and hopefully he will learn that its just not worth it to wake up.  Now its Mommy's turn to sleep through the night again - every night he has slept all night I have been up wide awake at 2 or 3.  Boo.

Likes and Dislikes
Sawyer has become very aware of the puppy dog and how much he loves him.  He watches almost every move that Charlie makes and those two are definitely buddies at meal time as Charlie has learned that Sawyer has food on his hands and Sawyer loves when Charlie licks his hands.  Its a match made in heaven.

Sawyer still loves his jumperoo and has started playing with many other toys where things spin or make noise.  He likes to shake things that make noise.  He loves Mommy and Daddy and is full of smiles when we come home.  He's not quite babbling consonants yet but likes to make dinosaur noises with his daddy.  His giggle is one of the best sounds in the world.

There's not a lot that he doesn't like - still not a fan of getting his nose wiped or his face cleaned after dinner.  He's definitely cranky if he doesn't get his nap.

What a joy this little man is in our lives.  This is really a fun age with lots of interaction and lots of personality development.  He's a pretty happy guy for the most part and it is so much fun to watch him learn new things.  I'm so excited to watch him grow and learn more things! 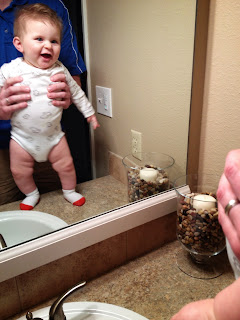 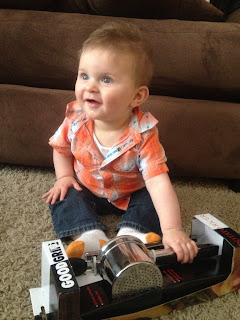 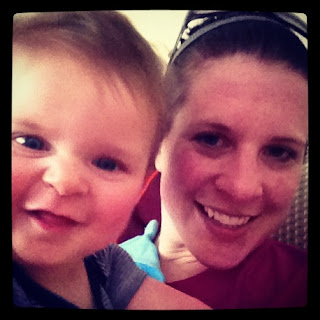 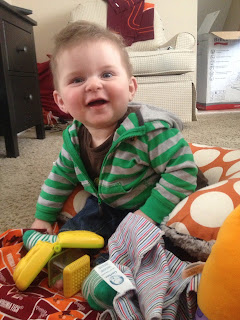 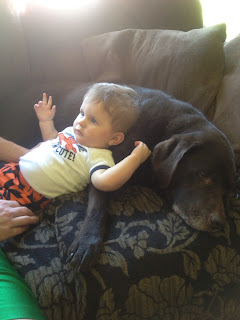 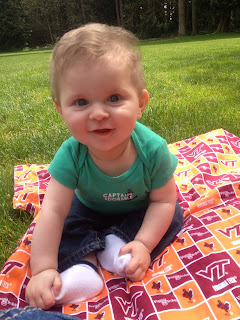 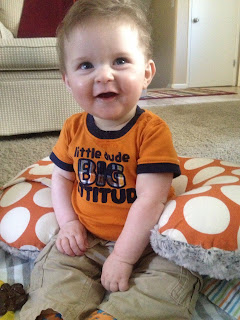 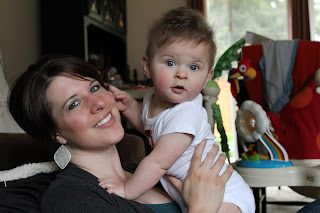 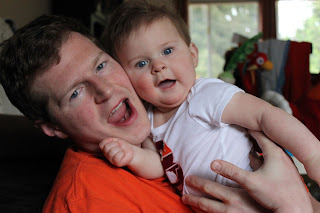