Sawyer turned 12 months old last week!  In case you missed it, we had a special photo shoot for his birthday that you can see here.  But we also had to get the last of the numbered onesies.  I had these custom make for me bySharon at Watching Me Grow.  I highly recommend her shop.  She has gender specific or neutral sets and I had her make ours custom in Virginia Tech colors.  I can't believe we are in our last onesie.  But its a good thing - Sawyer is not about sitting still these days so taking photos this month was near impossible. 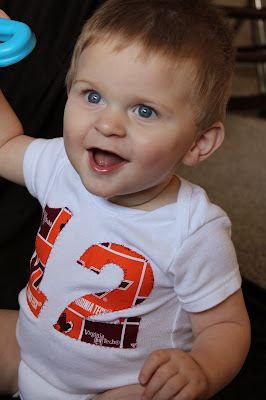 Size
Sawyer had his 12 month check up with Dr. Irwin and weighed in at 23 lbs 12 oz (75th percentile), was 30 1/2 inches long (75th percentile) and his head size was holding steading in the 50th percentile.  He's still in size 4 diapers but I think we will move up to 5s on our next order.  He is wearing mostly 12-18 month stuff mainly for length.  Its a good thing most pants are elastic or have adjustable waists. 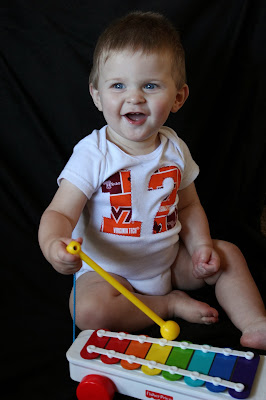 Developmental milestones
Sawyer has taken independent steps!  He took a few here and there but the day after his birthday we got a good 5 or 6 and he has been doing this relatively consistently since.  He definitely is standing more on his own.

He has gotten his two top teeth in and appears to be working on the next two top ones. 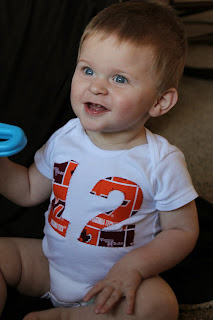 Lots of jabbering and sounds and he knows to look for his puppy, mommy, daddy and his high chair when we say its time to eat.

Eating
We are officially transitioning to cow's milk and so far so good.  My plan is to wean down gradually  starting with day time feedings.  I have fed him here and there mainly for my own comfort and still do the first and last feedings of the day.  He doesn't seem to have a problem with cow's milk so far.

Otherwise, he eats anything and everything you put in front of him.  His favorites are blueberries, string cheese, cheese puffs, and Mum Mums (rice crackers).

Sleeping
Better.  We did some sleep training and he actually started waking up less at night and can now put himself to sleep.  We no longer have to rock him to sleep (he doesn't really like it anymore) rather we just put him in his crib and he puts himself to sleep (sometimes that means he plays for 20 minutes before hand).  He's still an early riser - usually wakes up around 5:45 am.  Since his 12 month shots he's woken up screaming in the middle of the night a couple of times which has not been fun.  Hopefully this subsides quickly.

Likes and Dislikes
His new favorite toys are the push popper toy and his xylophone - both which were gifts for his birthday.  He will play with either of those for long periods of time.  He still loves his puppy dog and chases Charlie all day long.  He likes to empty his toy bin and clean off the coffee table.  At this point he's not really a fan of diaper changes or getting dressed because it means he has to lie down and be still. 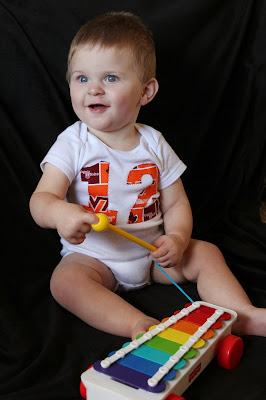 All and all we are well on our way into toddlerhood.  He is a milk drinking, near walking, jabbering little boy who is constantly on the move and all about discovering new things in his world.  We have started a Toddler group this fall which is a structured play time once a week where he has lots of friends his age and we do Stroller Strides several days a week.  He is usually a pretty happy boy with abundant smiles and laughs.  I can't believe he is a year old.  Time has gone by in an instant.  Here is a recap of all his month pictures. 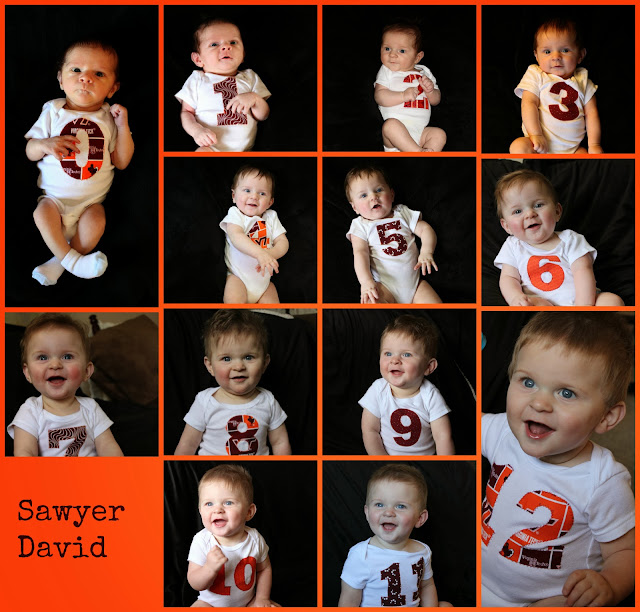 Here are a few other pictures from the last month. 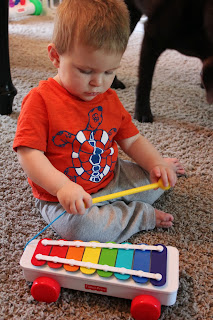 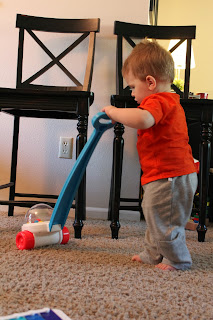 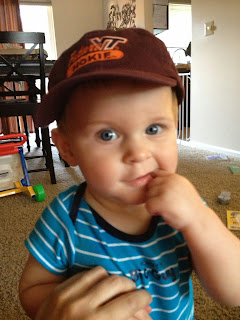 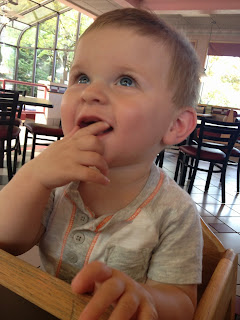 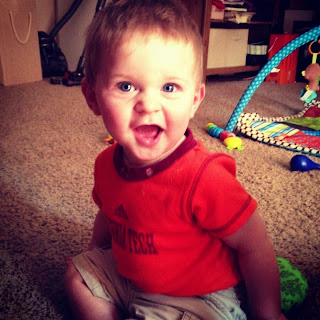 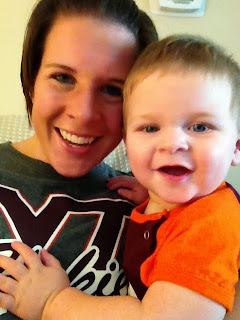 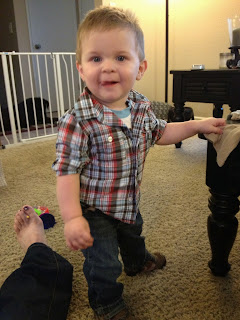 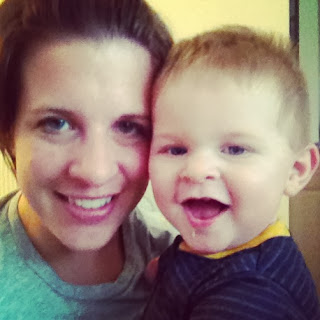