Well the 2 month update just passed us by.  Mostly because it happened smack in the middle of Christmas traveling and then when we got back Andrew went back to work and I found myself just trying to survive taking care of two children during the day plus adding extra workout classes during the week. And all of a sudden is was January 22 and he was 3 months old!  Not sure how it got here so fast but it did.

So anyhoo - here is the update on the youngest member of our family. 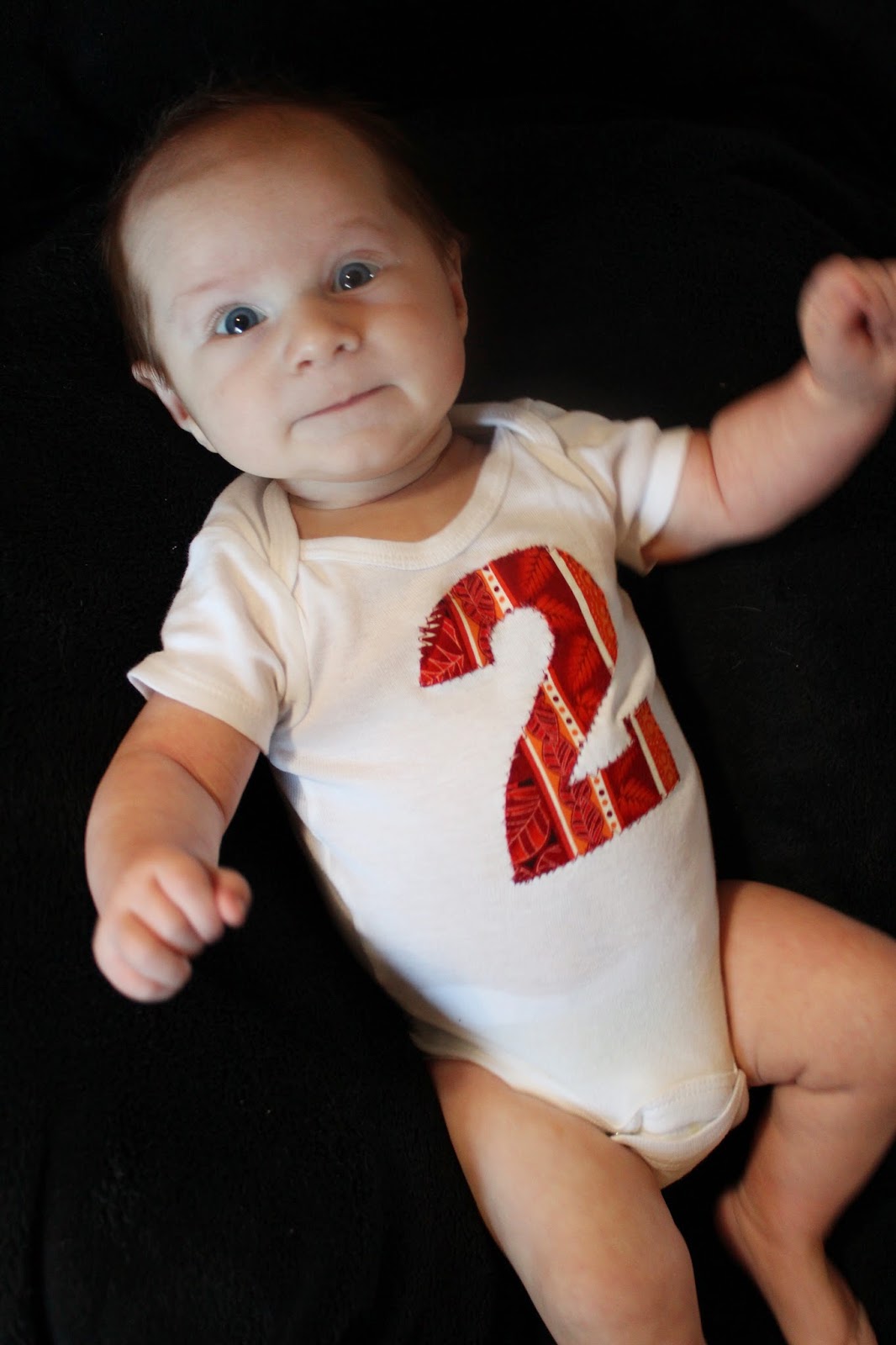 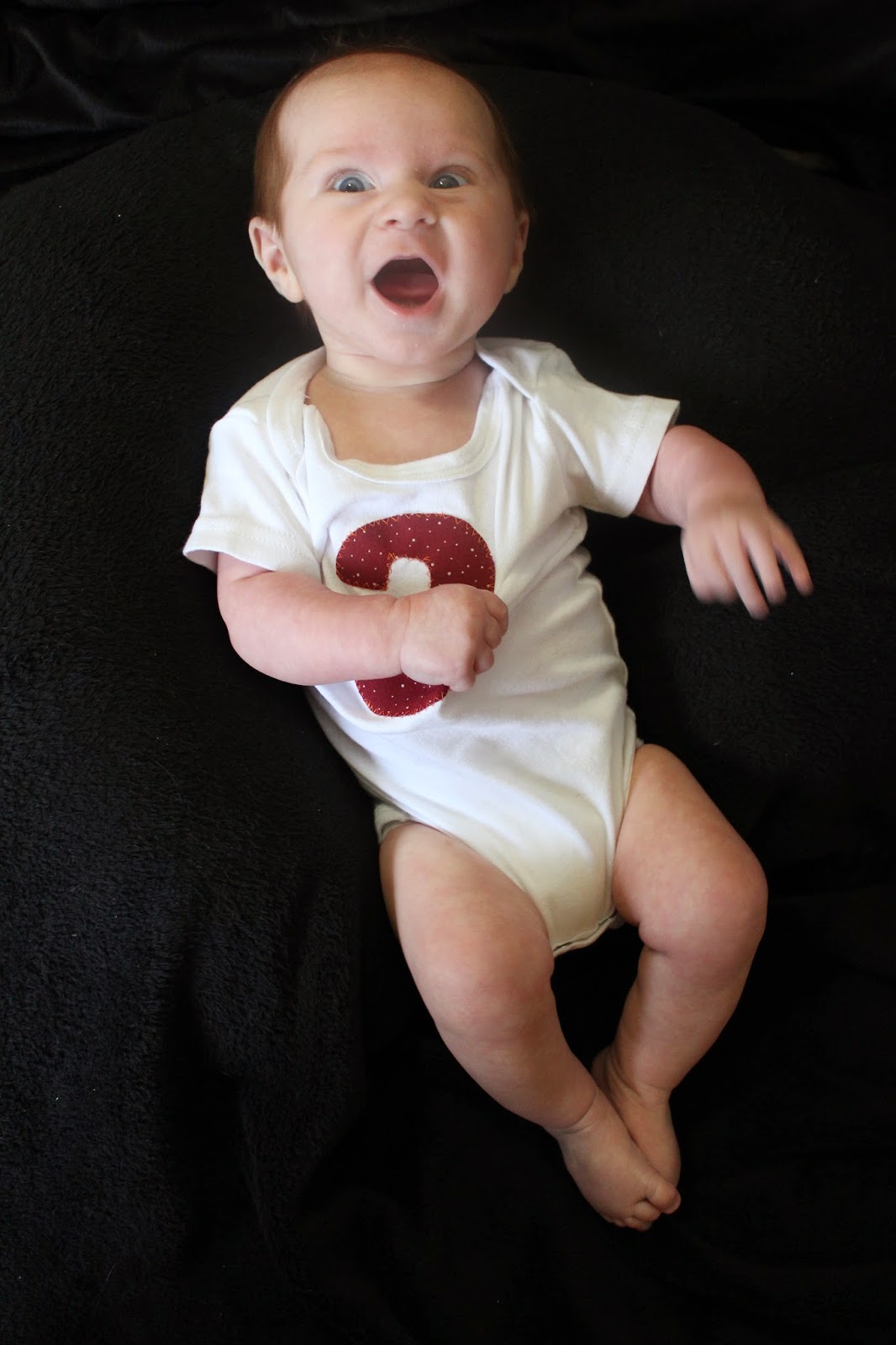 Size
At his 2 month check in late December, Walker weighed in at 12 lbs 12 oz (perfectly fitting for a Little 12 Seahawks fan) and 23 inches both in the 50th percentile.  His head was a little smaller in the 25th percentile.  Its funny - when I look back at Sawyer's data from his 2 month visit, Walker is actually heavier but is a lower percentile - does anyone know if they've revised the height/weight charts in the last couple years?

He's just at the tail end of size 1 diapers and in 3 month clothes. 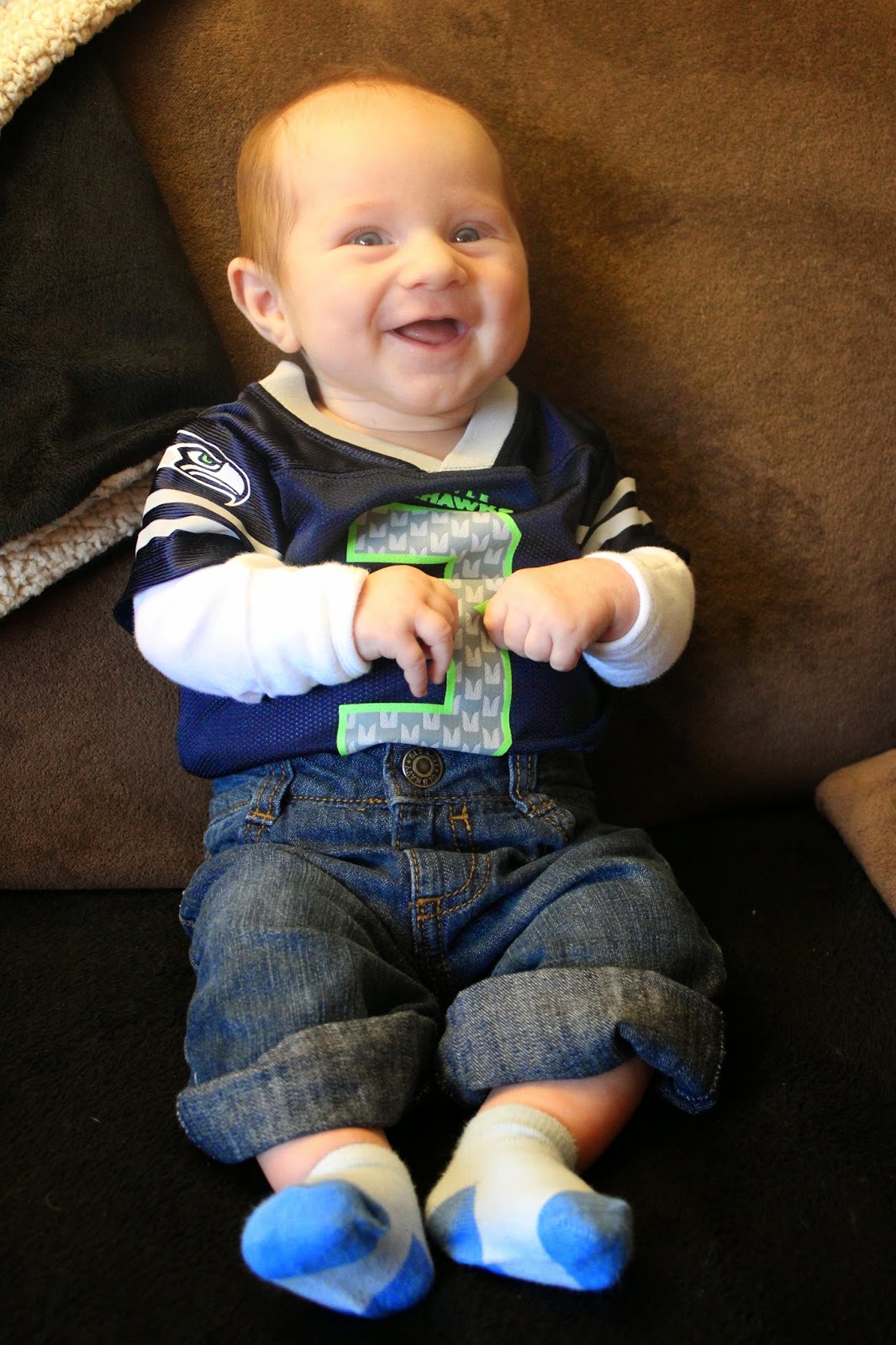 Developmental Milestones
The biggest milestone we've gotten are these adorable smiles.  Walker smiles with his whole entire face and sometimes even his tongue and he has the same twinkle in his eye as his big brother.  He's also been bringing his hands to midline and just rolled from tummy to back the other day.  He loves to kick his legs and has really good head control.  He doesn't get a ton of tummy time but gets a lot of chest time or sitting time in a lap.  The pediatrician was very impressed at how strong he is. 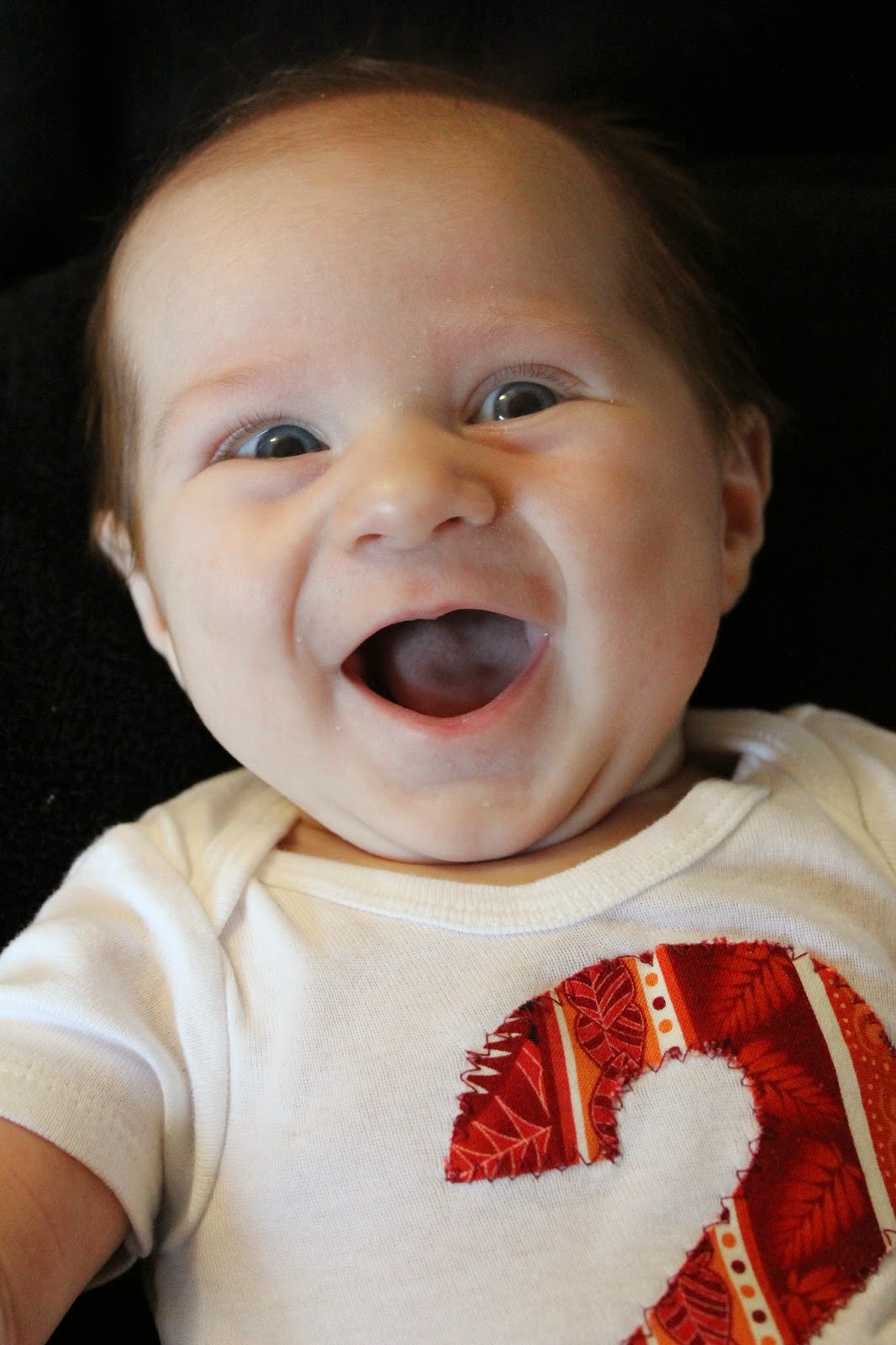 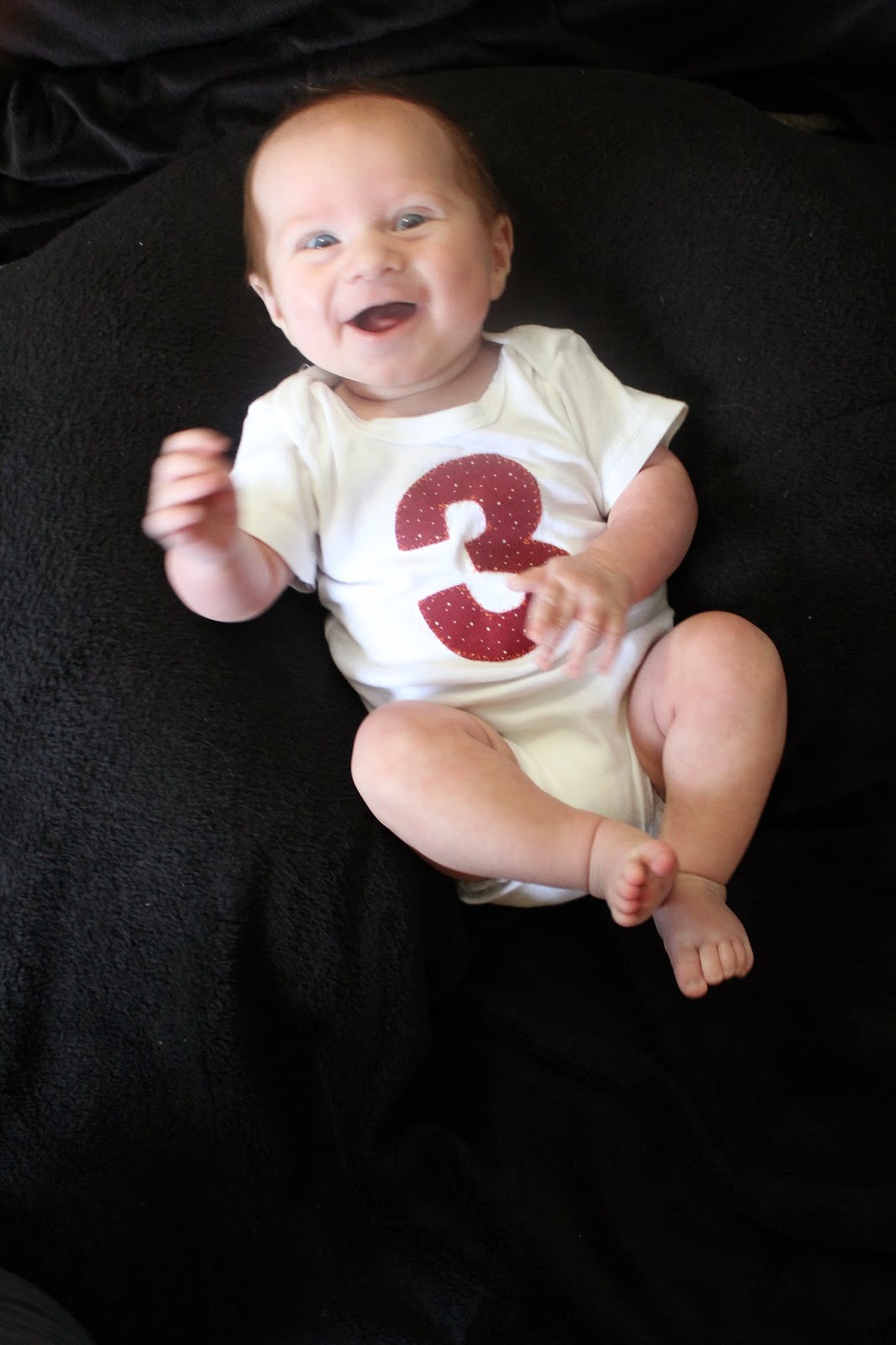 Eating
Eats like a champion.  Usually every 3-4 hours during the day unless its a growth spurt and then its every two hours.  I've gotten back into working out with Body Back and am tracking calories - my milk supply has fluctuated some but it seems that just when I start to get worried I start leaking and can pump 5 oz easily.  He hasn't taken a bottle as easily as Sawyer - we've had to try a couple to find which one he likes and he likes his milk warmed up.

Sleeping
Ah-ma-zing.  This kid is awesome.  We are pretty consistently getting 6-8 hours at night - usually 10-5 and on occasion 10-7.  Praise Jesus.  Hoping this is a trend that sticks.

Likes and Dislikes
Walker likes watching his big brother, loves his wubby and fuzzy blankets and in general is a pretty happy guy.  He definitely has FOMO (fear of missing out) and does not like to be left on his own or even be put down some days.  He gets quite cranky if he doesn't get put down for a nap in time or if he's very hungry.  He often doesn't like getting in his car seat initially but is usually happy once he's moving in the car or stroller.

All in all, he's a great baby and a happy guy and our transition from one to two kids has been pretty smooth.  Sawyer is a great big brother and Walker is pretty content being toted along to exercise class and toddler group.  Our family is content and happy and that is all I could have ever asked for. 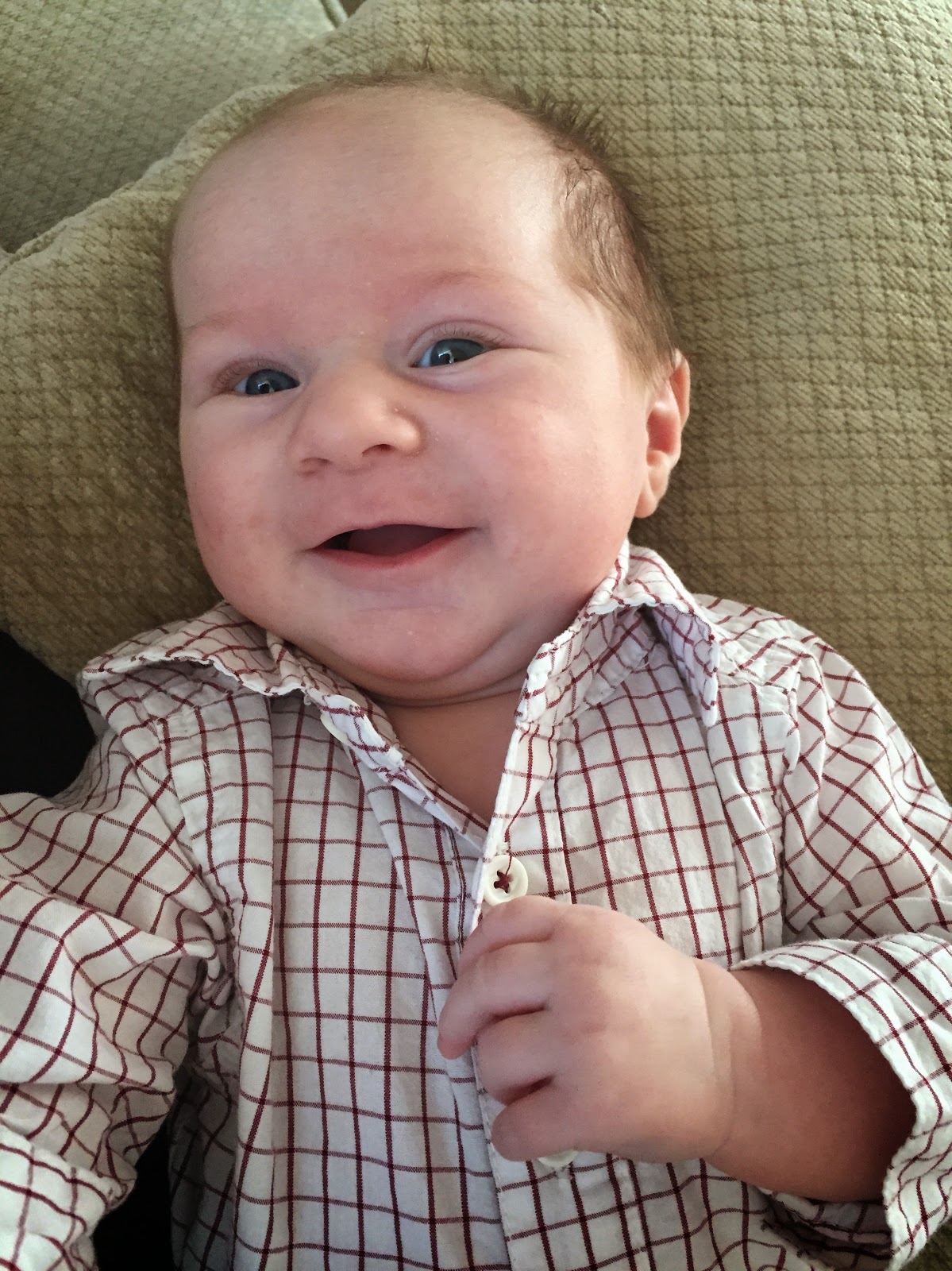 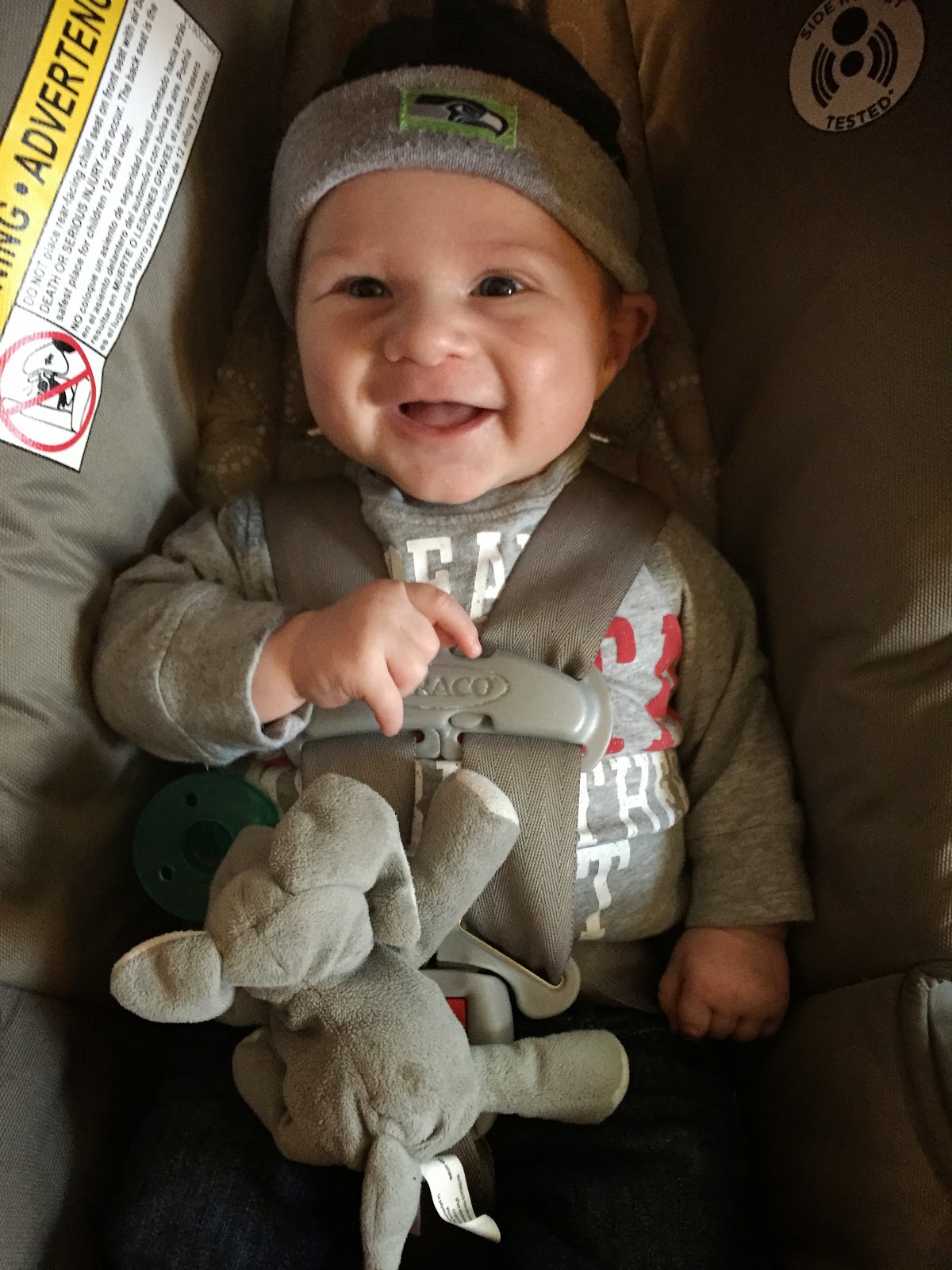 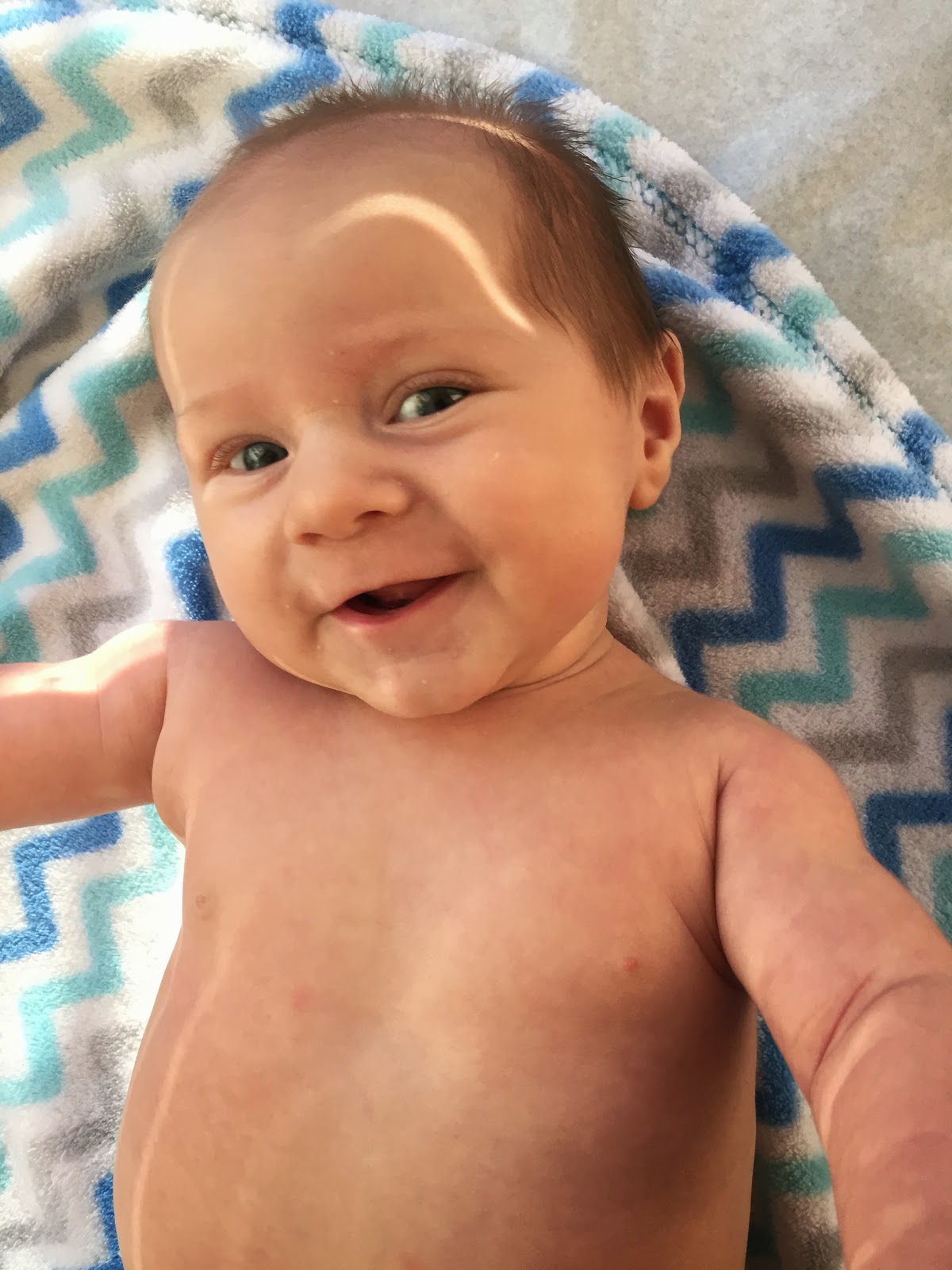 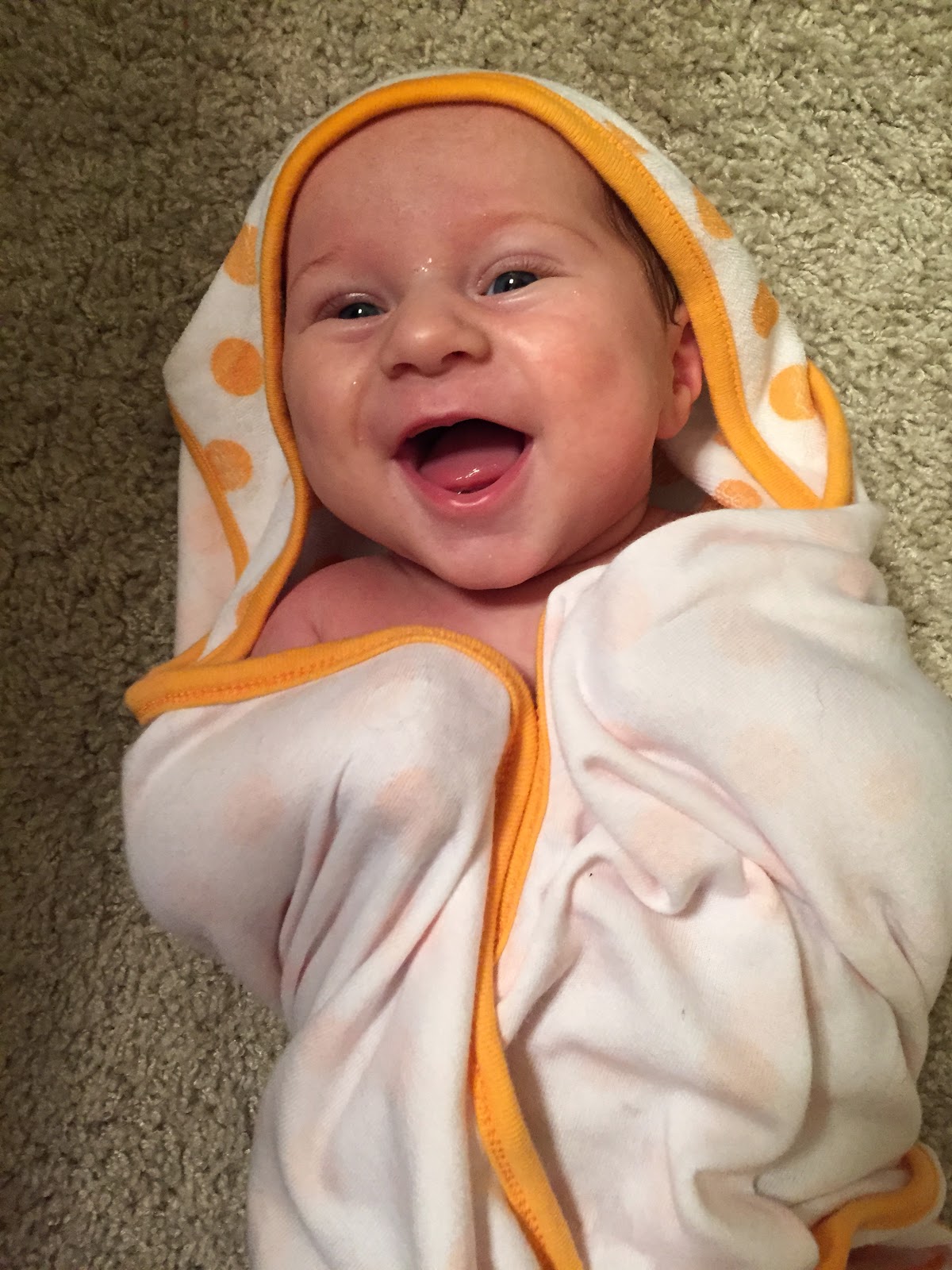 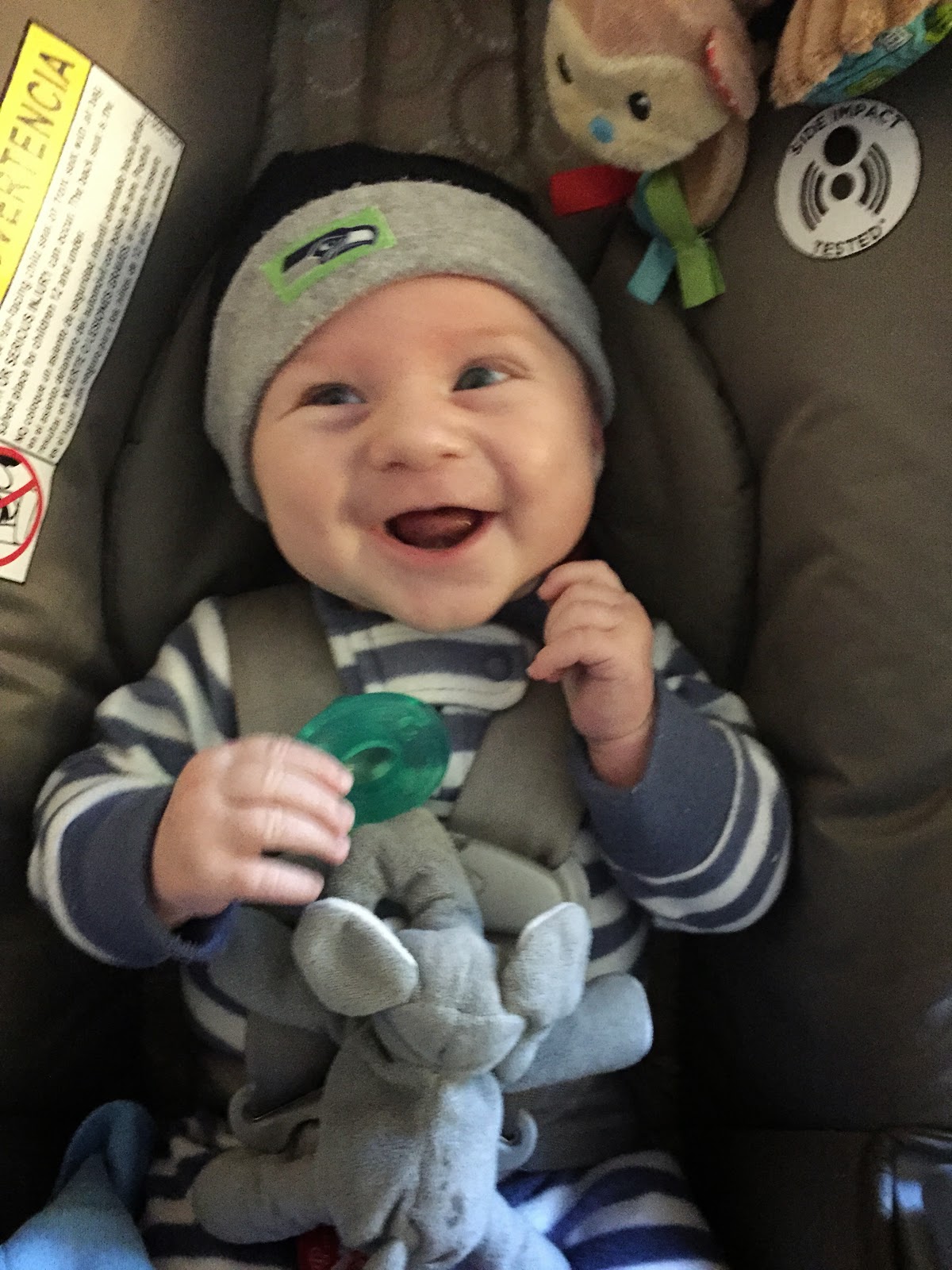 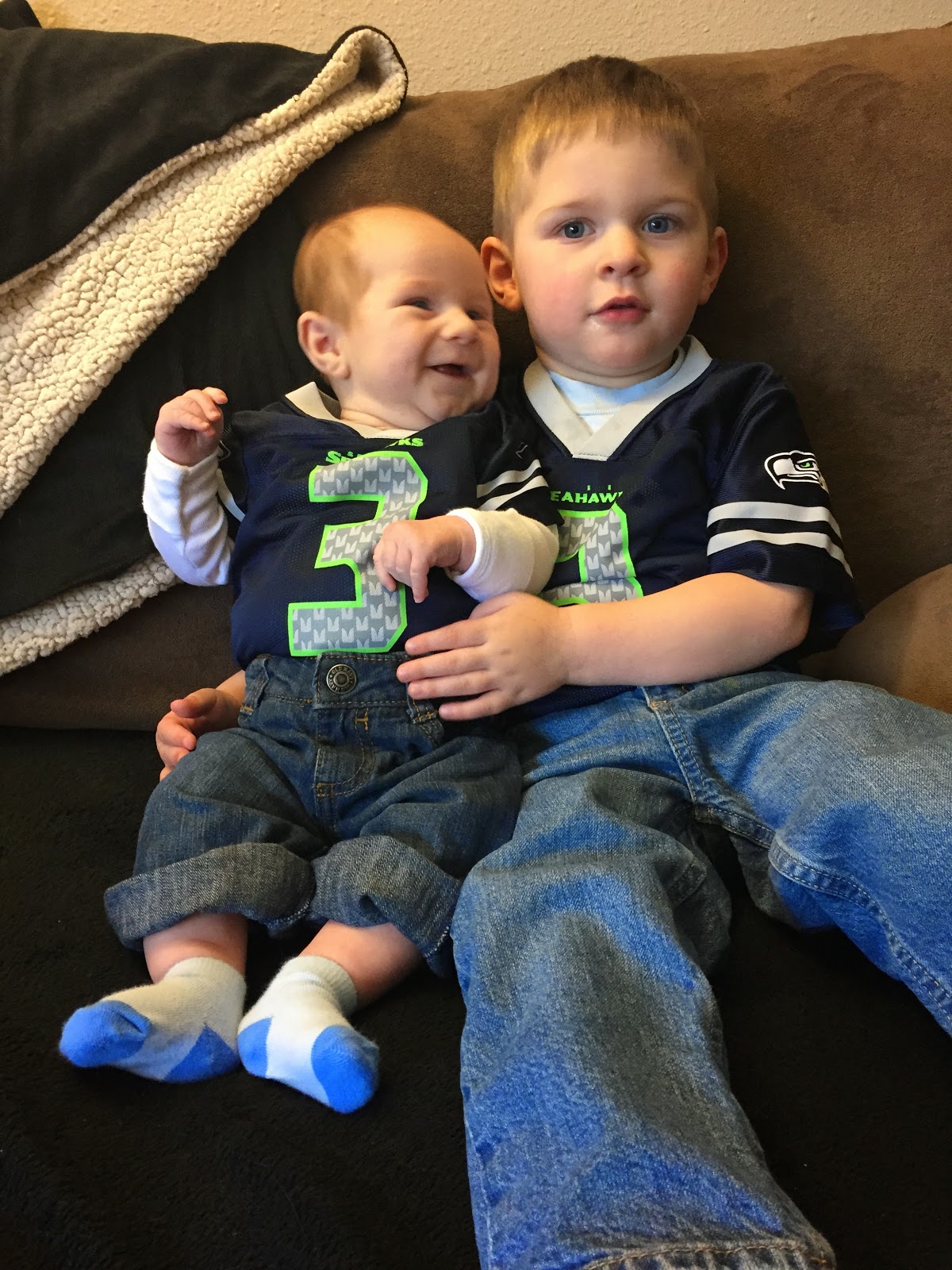