I figured I should get this written before he turns 7 months old (in 4 days).  Seriously - so behind the ball on updates for this kid.  Its a good thing he's pretty laid back 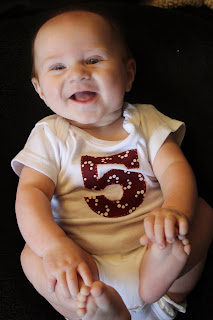 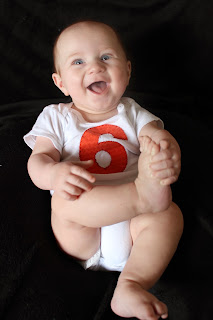 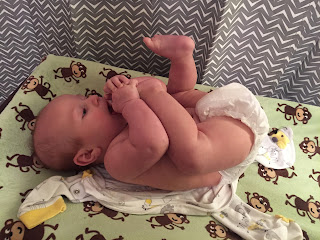 Developmental Milestones
Lots of laughs and giggles from this kid and he LOVES to stick his tongue out.  We are working on sitting and rolling over back to tummy though haven't mastered them yet.  Everything goes in the mouth but no teeth have made their appearance yet.  We have some babbling (ba ba ba) and he is able to get his pacifier in his mouth by himself. 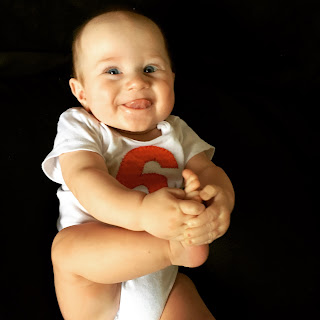 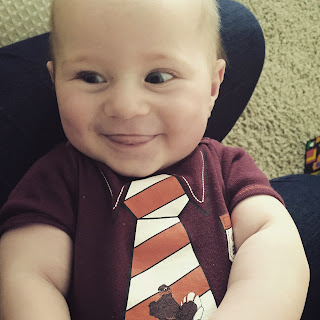 Eating
Walker continues to prefer his milk straight from the source.  He is doing okay with the bottle but has days when he will only eat 4oz all day when I'm at work and then nurse for 15 minutes when I get home.  We started solids but he hasn't been too into it just yet - his first bite of sweet potato he looked at me like I was crazy.  He seems to like purees with bananas thought.


Sleeping
Well, the kid can't be perfect.  He slept great until about 4 1/2 months.  Then we hit the 4 month sleep regression and its been variable ever since.  He's usually up 2-3 times a night to eat (fortunately it usually only takes 20 minutes to feed him and get him back to sleep).  He's had nights that have been worse when his teeth seemed to bother him or when he had a cold.  We've weaned out of the swaddle and started sleeping him on his tummy and he does much better with that. He's starting to get on a bit of a schedule though its much harder to establish something super strict when we are always on the run with big brother.

Likes and Dislikes
Walker loves his wubby, his big brother, his jumperoo, his tongue and his feet.   He also likes being naked and bath time.  He does not like his nose being wiped or if you leave him when he is clearly ready to eat or sleep.  In general he is a happy kid and we get lots of comments on how smiley and content he is.  He's pretty fun to have around and as long as he's in the middle of the action he doesn't protest much.

We love our family of four!  Sawyer is a great big brother and enjoys helping - he often brings Walker toys or his blanket and likes to give him kisses.  I have a feeling this affection may quickly change once Walker is mobile and starts getting into his stuff.

I still can't believe he's already 6 months old!  Is it bad if I put a brick on his head to keep him from getting bigger? 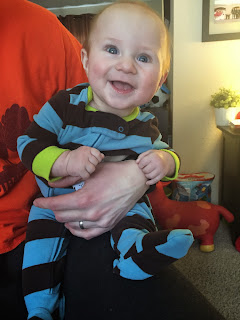 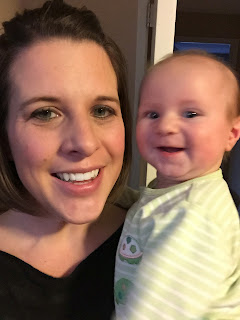 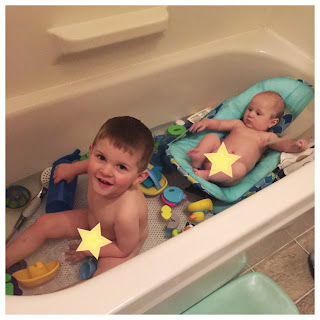 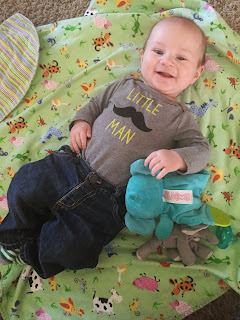 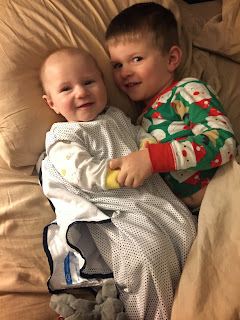 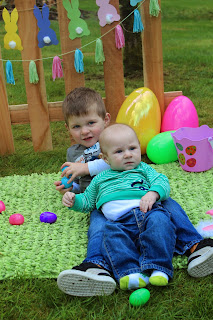 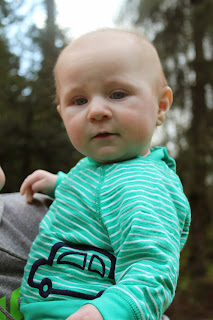 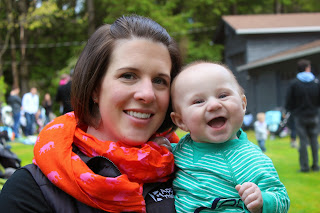 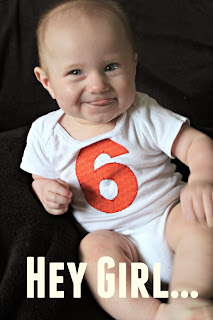 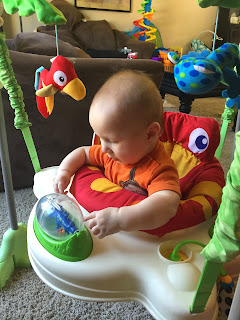 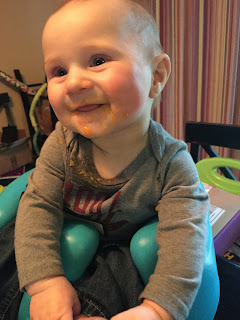 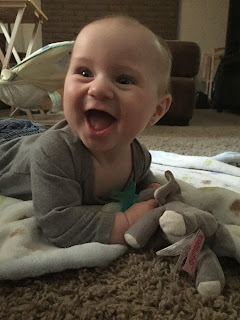 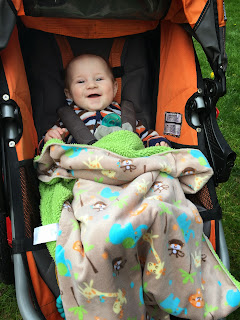 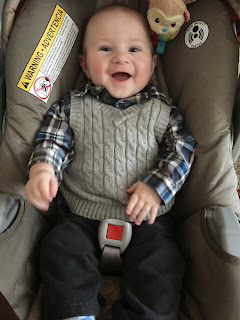